for a better tea world 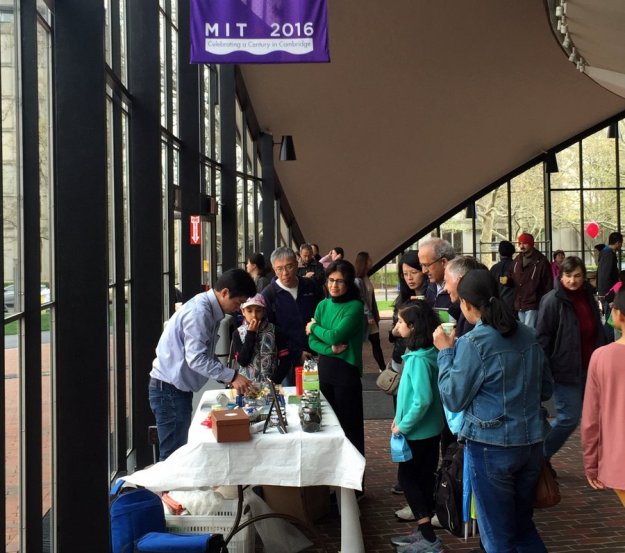 The first North America’s World Tea Day event had attracted a large number of people came to Harvard Square and MIT to enjoy a cup Tea with Love. At Harvard University, it was launched in front of Harvard statue by Dr. Tea and then people moved to Harvard Square where tea-tables are set-up with good famous teas from China and the world. People gathered and sit around tables, under the guidance of Dr. Tea etc. Rather than serving themselves or by Dr. Tea, people serve the ones right besides them. By doing this, love moves on and ultimately everyone who served others was rewarded with a cup of tea with love and gratitude, people began to understand the meaning of Dao and Tea is love, and understand that “the World is one, I love everyone, and everyone loves me”. Therefore it is named as mylovetea ceremony that is expressing love through a cup of tea.

The North American World Tea Day event attracted many participants, people from various countries and regions are involved, and a lot of people expressed their happiness to have the opportunity to enjoy a lot of high-quality Chinese tea. Health Goddess, West Lake Beauty Tea, Jasmine Beauty, Notoginseng tea, functional herbal tea, kongfu beauty tea, flower tea, ginseng oolong, monkey king green tea etc are provided, those teas are not only sweet and refreshing, but also very healthy and nature. Many people are full of praise of the good teas and the mylovetea ceremony expressing love through a cup of good tea. They consider it as new and interesting, simple exciting way of expressing love. There are many foreign friends asked if they could buy on site, Dr. Tea and other organizers said that the World Tea Day offers free tea for love. Through this event, many foreign friends know more about the Chinese tea culture, not only know that China is the hometown of tea, the birthplace of tea culture, but also understand that tea is the healthiest drink. Participants expressed their interest in participating in other tea activities organized by mylovetea dr. tea.

Bohea Tea Bowl sold at $11.7M and used for the tea ceremony for US President